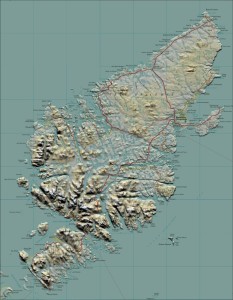 James is from the village of Back, in the Isle of Lewis. His musical interest started when he was eight years old, attending weekly chanter lessons in Barvas on the West side of the Island with schools piping instructor Nick Gordon. James soon moved onto the Highland Bagpipe and received further tuition from Iain Morrison. He began competing at local competitions and also started performing publicly, giving short renditions at piping recitals and ceilidhs in the town of Stornoway alongside some of the Islands finest Gaelic singers and some of the top pipers from mainland Scotland.

As a youngster James competed in piping competitions all around Scotland including the Northern Meetings in Inverness and the Argyllshire Gathering held in Oban. One of his highlights whilst competing as a junior was winning the Scottish Junior Solo Bagpipe Championships two years in succession which twice qualified him for the prize of a two week scholarship to the Balmoral Schools of Piping in the USA.

Upon leaving school, James studied for an HNC in Traditional Music at the University of the Highlands and Islands, Benbecula college and lived in Carinish, North Uist for a year. At the college, he received his first introduction to wooden flute, from Iain Macdonald, one of the tutors on the course, and was immediately fascinated with learning the instrument. Many of the students at the college would often get together and play informal tune sessions at house ceilidhs in Stilligarry, South Uist. With lots of great tune players and vast amounts of different tunes played at each of these sessions, there was a constant desire to learn tunes from each other and increase repertoire.

In 2008, James moved from North Uist to Glasgow to Study at the Royal Conservatoire of Scotland where he attained a first class BA (Hons) Scottish Music – Piping.During his first year of study in Glasgow, James became a finalist in the BBC Radio Scotland Young Traditional Musician of the Year. All the finalists took part in a two week tour performing at Town Halls and music venues all around Scotland and the North of England. As well as the ‘Young Trad Tour’, James had also been asked to stand in and play pipes and flute with Scottish Folk Band ‘Breabach‘ on their European tour which started the day after the Young Trad Tour ended. That particular tour took place over three and a half weeks and took in Austria, Switzerland, Italy and Slovenia. James had encountered his first experience of touring with two back to back tours over a duration of 5 and a half weeks and this gave him an even greater passion to play music full time.

While at the RCS, James also played with the Grade 1 Scottish Power Pipe Band for a couple of years. Chris Armstrong was the Pipe Major and the band traveled throughout the UK to compete at the major pipe band championships and the World Pipe Band Championships held at Glasgow green.

Around the same time as graduating from the RCS, James became a full time member of Breabach who he toured with internationally for 12 years and recorded four studio albums with. He is currently a member of Tryst, a 10-piece bagpipe group made up of some of Scotland’s most well-known contemporary pipers and composers.

In 2019, James returned to competitive piping and won the Silver medal for Piobaireachd at the Northern Meeting piping competition in Inverness.

To date, James has produced and released two solo albums, with his third solo album due for release in 2022. James’ recent and forthcoming albums consist entirely of his own tunes, all of which can be found in his new book, James Duncan Mackenzie Collection.